A home for sale on a large lot in the Del Mar village area during the pandemic. Photo by Chris Jennewein Like residents in most other U.S. cities, we San Diegans found ourselves stuck pretty much at home when COVID-19 forced us to shelter in place starting in March 2020. […]

Like residents in most other U.S. cities, we San Diegans found ourselves stuck pretty much at home when COVID-19 forced us to shelter in place starting in March 2020.

But apparently, we were more fortunate than most during the lengthy lockdown.

We had loads of room to rumble, according to a just-released report prepared by StorageCafe, a market research firm or the self-storage industry.

That report says San Diego is 12th on a list of U.S. cities with the largest residential lot sizes.

The report, “The America Backyard in the Last 100 Years: Lot Sizes in San Diego Get Bigger while Seattle Shrinks,” notes the median lot size for San Diego is now 6,500 square feet plus — six times larger than lots in Philadelphia.

By the way, the report says San Diego now has a median home size of 1,500-plus square feet.

The study found that lot sizes have been growing as San Diego built larger houses over the past two decades.

Indeed, homes than have been built here since the arrival of Y2K boast the largest lots — 13,000 square feet.

But large lots may not be the future for San Diego amid the statewide housing crisis.

“The demand for housing … is so much higher than the current supply that developers of new residential properties have to make the most of available land. This has led to an increase in what many would call single-family condensed housing,” said Isaac Hiatt, a researcher for Yardi Matrix, a sister division of StorageCafe and a research firm focusing on self-storage properties nationwide.

Well, help is just two days away for our local tourism economy. After serving as an emergency shelter for most of the past year and a half, the San Diego Convention Center reopens Aug. 1 and will host its first meeting: the SPIE Optics + Photonics, which will showcase light-based technologies for attendees.

The meeting runs through Aug. 5.

As the months in 2021 roll on, the cavernous bayside site will host 30 events through December, including the American Academy of Orthopaedic Surgeons’ annual meeting Aug. 31-Sept. 3, the American Society of Anesthesiologists annual meeting Oct. 8-12 and a special edition of Comic-Con Nov. 26-28. The San Diego International Auto Show returns to the convention center with a four-day run scheduled from Dec. 30, 2021, through Jan. 2, 2022.

On Aug. 14-15, the American Kennel Club will host an event titled Meet the Breeds, a show billed as America’s largest in-person dog breed educational showcase. Attending dog-lovers will have the chance to interact with more than 100 different breeds.

Meanwhile, events with attendance of more than 5,000 will be limited to those who have been vaccinated or have a negative COVID-19 test result within 72 hours of the event.

A spokeswoman said the space will become DermTech’s new corporate headquarters and laboratory, which will process—among other products–the company’s melanoma test used to detect skin cancer in its early stages.

The region’s booming biotech economy continues to draw investors looking for the next big thing. According to a Pitchbook/National Venture Capital Association’s Venture Monitor report released mid-July, venture cash continues to pour into the region, thanks in large part to the burgeoning biotech sector here.

Eighty-two local startups raised $2 billion in venture funding during the second quarter 2021, as first reported in the San Diego Union-Tribune. Venture-backed companies have attracted $150 billion in 2021, more than 90% of last year’s record total, according to the NVCA’s report.

Failed GOP presidential candidate and current junior U.S. Sen. from Utah Mitt Romney has sold his beachfront La Jolla home for $23.5 million, according to a recent media report. One local publication says the sale price makes it the fifth-most expensive home ever sold in the county.

Jealous? Well…If you’re interested, residential web-based broker Redfin lists a 10,000 square-foot La Jolla beachfront property, complete with pool–if you are too lazy to trot a few steps to the ocean, for $28 million. Compared that to the media price of a San Diego home, which has now reached $810,000.

Tom York is a Carlsbad-based independent journalist who specializes in writing about business and the economy. If you have news tips you’d like to share, send them to [email protected]

Tue Jul 27 , 2021
Source: Shutterstock WEST Kashi Moore-Stallworth The $6.6 billion Redwood Credit score Union in Santa Rosa, Calif., hired Tshikashi (Kashi) Moore-Stallworth as a human means chief. In her new function, Moore-Stallworth is dependable for initiatives that assist guarantee the firm is ready to achieve success as a result of its people today […] 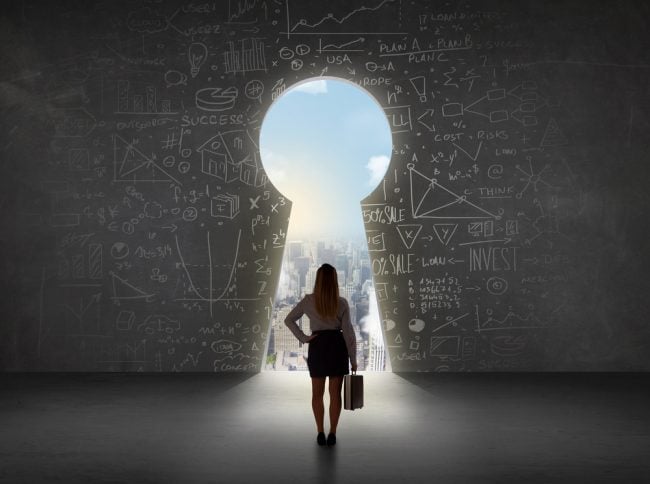