With help from John Hendel Editor’s Note: Morning Tech is a free version of POLITICO Pro Technology’s morning newsletter, which is delivered to our subscribers each morning at 6 a.m. The POLITICO Pro platform combines the news you need with tools you can use to take action on the day’s […]

With help from John Hendel

Editor’s Note: Morning Tech is a free version of POLITICO Pro Technology’s morning newsletter, which is delivered to our subscribers each morning at 6 a.m. The POLITICO Pro platform combines the news you need with tools you can use to take action on the day’s biggest stories. Act on the news with POLITICO Pro.

— ‘Death by a thousand cuts’: Republican FTC Commissioner Christine Wilson is speaking out against her agency’s recent changes to merger reviews and urging Congress to step in.

— One year later: Verizon and Patagonia are the only big companies still eschewing Facebook after last summer’s advertising boycott, but other major brands (including some big tech players) have cut their ad spending on the social network.

— Competition won’t fix itself: The CEO of search startup Neeva tells MT why he and other tech entrepreneurs should get behind the Biden administration’s efforts to jumpstart competition.

IT’S TUESDAY, AUG. 10. WELCOME TO MORNING TECH feat. Leah Nylen, POLITICO’s one and only antitrust obsessive. British people are clearly more aware than Americans of how mean geese are. You can find me at [email protected] or on Twitter @leah_nylen.

Got an event for our calendar? Send details to [email protected]. Anything else? Team info below. And don’t forget: Add @MorningTech and @PoliticoPro on Twitter.

WILSON: FTC ‘DEFIES THE WILL OF CONGRESS’ WITH MERGER CHANGE — In a nearly 1,000-word statement released Monday, Wilson lambasted recent changes to how the FTC reviews mergers, saying they defy “the will of Congress by undermining the premerger notification program.”

“I am gravely concerned that the carefully crafted [merger review] framework is suffering death by a thousand cuts,” Wilson wrote. “Businesses that faithfully comply with the [merger review] process should not be trapped perpetually beneath a Sword of Damocles.”

Last week, the FTC said it will start sending out warning letters when the agency hasn’t finished its review of a merger within the window of time allotted to it under law, essentially telling companies that if they go ahead with their deal before the FTC has actually finished, they do so at their own legal risk. Under the law, all mergers worth $92 million or more must submit to a federal antitrust review, and a recent surge in merger filings is stretching the agency’s capacity, FTC officials said in justifying the new warning letter scheme.

When combined with other changes that new FTC Chair Lina Khan has made, Wilson said, the agency is threatening the “integrity” of the entire review process. She said that if Democrats want to change how merger reviews work, they should draft legislation to do so and seek additional funds to tackle the merger wave instead of trying to “rely on self-help.”

ABOUT THAT FACEBOOK BOYCOTT — A year after major companies threw their weight behind the #StopHateforProfit Facebook boycott, meant to force the social media giant to more aggressively regulate hate speech and other noxious content, only Verizon and outdoor gear retailer Patagonia have stuck with it, social media analytics company Pathmatics found in a new report.

Still, there have been some lasting effects: Huge brands like Disney, Procter & Gamble and AT&T have cut their Facebook ad spending in the months since the boycott, when compared with their spending in the 12 months before July 2020. Other tech companies that have reduced their Facebook spending include Netflix, Uber and online home decor retailer Wayfair.

GOOGLE, YOUTUBE ROLL OUT NEW TEEN SAFETY FEATURES — Anyone under 18 will now be able to request their pictures be removed from Google Image Search, the search giant announced today. Google is also changing the default settings on teen accounts to block targeted advertising, turn off location history and automatically make private any videos uploaded to YouTube.

“Over the last 10-20 years, we’ve gotten this assumption that free markets will fix themselves. But the ways the antitrust laws have been interpreted make it impossible,” Ramaswamy said. “There is a breadth of work that needs to happen and the executive order is step one.”

The Biden administration also needs to staff up the antitrust agencies to take on big companies like Google, Ramaswamy said, noting that the search giant’s legal department, with some1,500 lawyers, is significantly larger than the total number of FTC employees.

T-MOBILE CEO SHRUGS OFF DOJ SCRUTINY OF ‘MANUFACTURED CRISIS’ — The lobbying war surrounding T-Mobile’s plans to sunset its legacy 3G network on Jan. 1 is heating up. And T-Mobile is showing no signs of blinking, despite new revelations about DOJ’s “grave concerns” about that 3G shutdown, as John reported for Pros Monday.

— How we got here: As part of the T-Mobile-Sprint merger agreement that closed last year, satellite provider Dish Network now owns Boost Mobile, a prepaid wireless company that rides on T-Mobile’s 3G network. Dish is now warning that the 3G shutdown could strand millions of low-income customers — a scenario that’s also worrying DOJ, according to a July 9 letter from acting antitrust division chief Richard Powers.

— The T-Mo counterpunch: In a blog post penned hours after the DOJ news broke, T-Mobile CEO Mike Sievert blasted the controversy as a “manufactured crisis” pushed by satellite provider Dish, which the carrier accuses of “dragging [its] feet” in migrating customers to faster 4G and 5G networks. The sunsetting of the older 3G network is necessary to make room for 5G and comes with plenty of advance notice, the CEO argued, dismissing DOJ’s anxieties about stranded households: “T-Mobile will not leave our customers behind, and if DISH won’t take care of its customers, we are already offering to do it ourselves.”

— Dish Chair Charlie Ergen derided T-Mobile as a “sore winner” following its successful merger, given the carrier’s ongoing promotion seeking to lure Boost customers to T-Mobile. “I think it’s a false, artificial deadline to turn it off in January,” Ergen said during an earnings call Monday. “We view that as a very anti-competitive move.”

Nika Nour, formerly executive director of the IGDA Foundation, has been hired as head of partnerships at Genvid… Noreen M. Hecmanczuk is now digital experience adviser to the federal CIO at the Office of Management and Budget. She most recently was senior adviser for the office of the CIO at Office of Personnel Management.

In algorithmic bias news: Twitter’s image-cropping algorithm, which focuses on faces in photos and was found last year to be biased towards white faces over Black ones, also prefers to center people who aren’t wearing hijabs, sitting in wheelchairs or elderly, NBC News reports.

Britney gets an iPad: Spears, the pop star fighting to end a conservatorship in place since 2008 and gain control of her finances and life decisions, bought an iPad and found it life-changing, CNET reports.

Opaque transparency: TikTok, YouTube and Facebook often fail to follow through on their voluntary commitments and provide only superficial transparency, a Mozilla VP argues in The New York Times.

Is Ripple a Risk-free Cryptocurrency Investment? 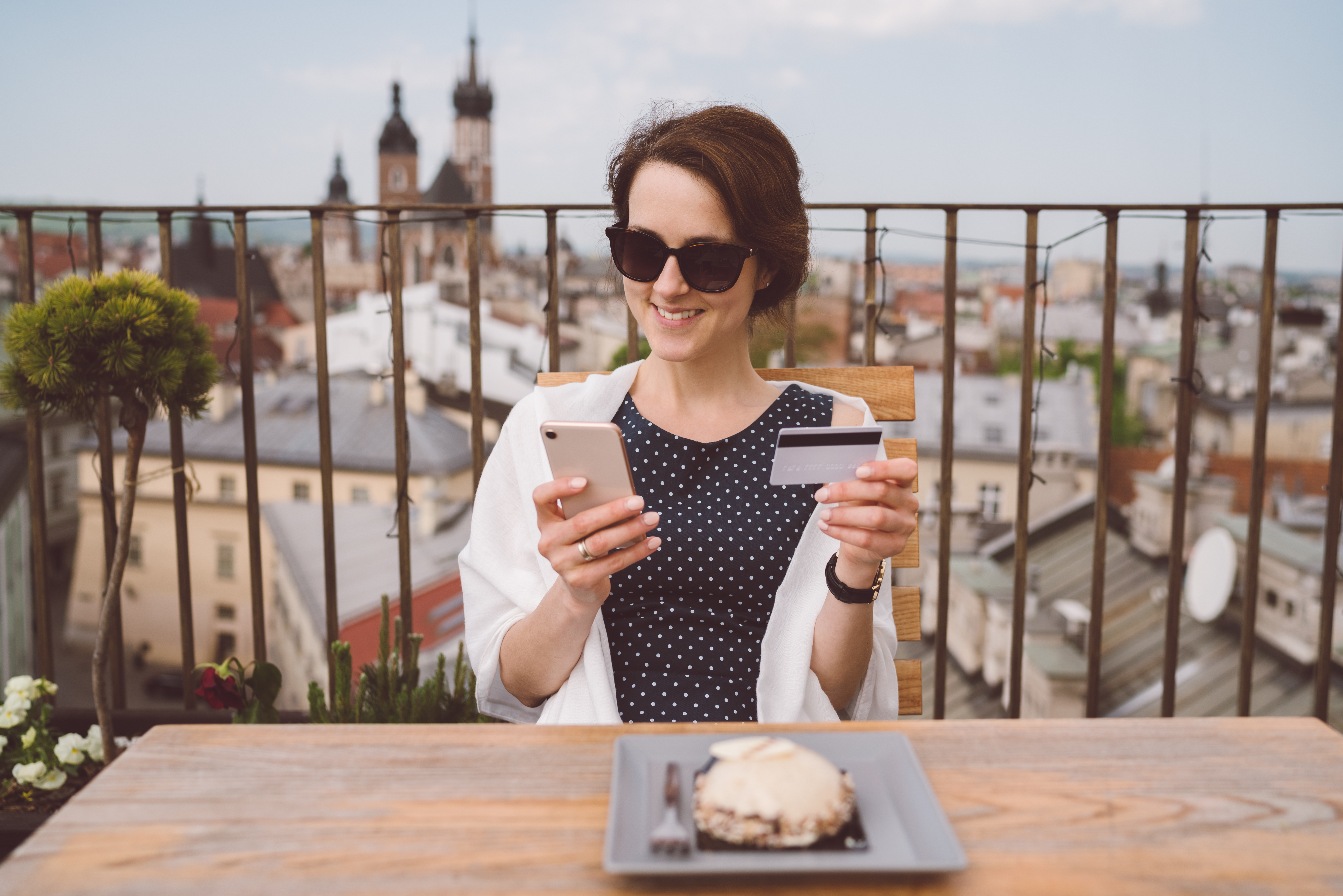